Dániel Péter Biró is Professor for Composition at the Grieg Academy – Department of Music at the University of Bergen in Norway.

Dániel Péter Biró began his studies at the Bartók Conservatory in Budapest, Hungary studying composition with Miklós Kocsár, music theory with Iván Madarász and guitar with Ede Roth. He studied guitar with Stefan Schmidt at the Bern Musikhochschule in Switzerland and with Jürgen Ruck at the Würzburg Musikhochschule in Germany. He continued his studies with Hans Zender (composition), Bernhard Kontarsky (score reading and chamber music) and Isabel Mundry (music theory) at the Frankfurt Musikhochschule. From 1995 – 1996 he studied composition with Michael Jarrell at the Universität für Musik in Vienna. He completed his PhD in composition at Princeton University in 2004. His dissertation was a comparative study of early notational practices in examples of Jewish Torah trope, early plainchant from St. Gallen and Hungarian laments and his dissertation composition is entitled Mishpatim (Laws) Part I. His dissertation advisors were Kofi Agawu, Scott Burnham and Paul Lansky. At Princeton University he studied musical paleography with Peter Jeffery and Judaic studies with Peter Schäfer and Rabbi James Diamond.

Dr. Biró has researched Hungarian folk music at the Academy of Science in Budapest and Jewish and Islamic chant in Israel and the Netherlands. Awarded the Hungarian Government’s Kodály Scholarship for Hungarian composers, his compositions have been commissioned by the Frankfurt Radio Symphony, the City of Darmstadt, the Stuttgart Opera, Sudwestfunk, Vancouver New Music, the ISCM, and the Imatronic Festival. In 2001, his piece The Crossing (Daf), based on a text by Franz Kafka, was commissioned by the Stuttgart Opera. In 2003 he took part in the Sommerakademie at the Schloss Solitude in Stuttgart, Germany where he studied with Richard Barrett, Chaya Czernowin and Steven Kazuo Takasugi. There he worked with the Ensemble SurPlus, which performed the first part of his composition Mishpatim (Laws).

In 2004, Dániel Péter Biró was appointed Assistant Professor for Composition and Music Theory at the University of Victoria in Victoria, BC Canada. In the same year he presented his work at the International Summer Courses for New Music in Darmstadt, Germany. In 2005 he was a fellow at the Mannes Institute for Advanced Studies in Music Theory. In 2006 he was a featured composer and lecturer at the Darmstadt International Summer Courses for New Music where Mishpatim (Laws) Part II, commissioned by the city of Darmstadt, was performed by the ensemble recherche. In 2006 Dániel Péter Biró was a faculty fellow at the University of Victoria Centre for Studies in Religion and Society. In 2007 his electroacoustic composition Simanim (Signs/Traces) was performed by members of the Frankfurt Radio Symphony Orchestra and the Experimentalstudio: this composition was commissioned by the German Radio (Hessischer Rundfunk).

In 2009 he was promoted to Associate Professor in the School of Music at the University of Victoria. In the same year he was granted a work-stay at the Experimentalstudio of the SWR and was awarded a SOCAN Composer Residency Grant in order to work with the Quasar Saxophone Quartet in Montreal. In 2008 he was composer-in-residence at the International Messiaen Week in Neustadt, Germany. In 2008 Dániel Péter Biró was commissioned by Vancouver New Music to write a piece for solo piano, voices, ensemble and electronics, supported through a grant of the British Columbia Arts Council and the Canada Council for the Arts, premiered in October 2009. In the same year he was commissioned by the Quasar Saxophone Quartet, assisted through a grant from the Canada Council for the Arts, for the work Udvarim Achadim (And the Same Words), which was featured during their Canadian Tour. In May 2010 he was a featured composer at the Mehrklang Festival in Freiburg, Germany where his composition Mishpatim – Part IV – Ko Amar (Thus Said) was premiered by Noa Frenkel, the Ensemble Surplus and the Experimentalstudio. In 2010 he was awarded grants from the Ernst von Siemens Music Foundation and the Canada Council for the Arts to write the next sections of the composition cycle Mishpatim (Laws) for the Ensemble SurPlus. In 2010 The ZKM – Center for Art and Media in Karlsruhe, and the Experimentalstudio in Freiburg, Germany awarded Dániel Péter Biró the Gigahertz Production Prize for Electronic Music.

From 2010-2015 he was a faculty member at the Matrix Academy for Electronic Music at the Experimentalstudio in Freiburg, Germany and Amsterdam, Netherlands. In the fall of 2011 he was Visiting Professor in the Department of Information and Computing Sciences at Utrecht University where he researched Jewish and Islamic chant traditions in the Netherlands. In 2011 he was a featured composer in the Zeitkunst Festival (Berlin, Germany) and at the Fromm Concerts at Harvard University where Hadavar (The Word) Version II was performed by Kai Wessel, Sven Thomas Kiebler and Kirk McNally. From 2011–2014 he was a faculty member at the Tedarim Project of the Meitar Ensemble at the Center for Center For Contemporary and Electronic Music in Tel Aviv, Israel and at the International Symposium of New Music and Computer Music in Curitiba, Brazil. In 2012 he received a grant-in-aid from the Ernst von Siemens Music Foundation to compose a new composition for the Meitar Ensemble. In the same year his composition Kivrot HaTa’avah (Graves of Craving) was selected to represent Canada in the World Music Days of the ISCM and was premiered in November 2013 at the Vienna Konzerthaus as part of the Wien Modern Festival by flautist Sylvie Lacroix. In 2012 he was commissioned by violist Ralf Ehlers (Arditti Quartet) to write new work: this new composition, Salvim (Quails), was supported with a Composer Commissioning Grant from the Canada Council for the Arts and Art Mentor Foundation Lucerne and premiered at the International Symposium of New Music and Computer Music in Curitiba, Brazil. In 2012-2014 he was awarded Internal Research Grants from the University of Victoria and a grant from the Barr Ferree Fund of Princeton University to record the composition cycle Mishpatim (Laws), written from 2003-2016. In 2013 he taught at the International Masterclass for Young Composers at the Akademie Schloss Solitude in Stuttgart, Germany. In 2014 he completed a commissioned composition for the Neue Vocalsolisten, as a participant in the Mediterranean Voices Project, premiered at the Eclat Festival in Stuttgart, Germany. In 2015 completed a new piece for the Schola Heidelberg and ensemble aisthesis, premiered at the University of Heidelberg, Germany in October 2015.

Prof. Biró was a fellow at the Radcliffe Institute for Advanced Study, Harvard University in 2014-2015 where he worked on the completion of the composition cycle Mishpatim (Laws). The recording of the cycle, performed by Noa Frenkel, the Ensemble Surplus and the Experimentalstudio, will be released by Neos Music in 2018. In 2015 he was elected to the College of New Scholars, Artists and Scientists of the Royal Society of Canada. In 2016 – 2017 he was Artist-in-Residence at the University of Victoria Centre for Studies in Religion and Society. In 2017 Dániel Péter Biró was awarded a fellowship from the John Simon Guggenheim Memorial Foundation.

Dániel Péter Biró was co-editor of Search – Journal for New Music and Culture and co-editor (with Harald Krebs) of The String Quartets of Béla Bartók: Tradition and Legacy in Analytical Perspective (Oxford University Press: 2014). He was a founding member of the new music ensemble Tsilumos and the Salt New Music Festival and Symposium.

In 2018 he was appointed Associate Professor for Composition at the Grieg Academy, University of Bergen and in 2019 he was promoted to Professor for Composition. In 2018-2019 he completed commissions from the Ultraschall Festival and the Swiss Philosophical Society, performed by Hildegard Rützel, the Ensemble Mixture, the Schola Heidelberg and the ensemble aisthesis. In 2019-2022 he continued to write the composition cycle, Ethica, based on texts of Baruch Spinoza, working with the Neue Vocalsolisten, the Norwegian Youth Chamber Music Festival Ensemble, the Bit20 Ensemble and the Klangforum Heidelberg with composition commissions from the Norwegian Youth Chamber Music Festival, Musik der Jahrhunderte, the Akademie der Künste Berlin, the Time of Music Festival and the Ultima Contemporary Music Festival with funding provided from the Arts Council Norway, the Norwegian Composers’ Fund and the Canada Council for the Arts.

His compositions are published by Edition Gravis. 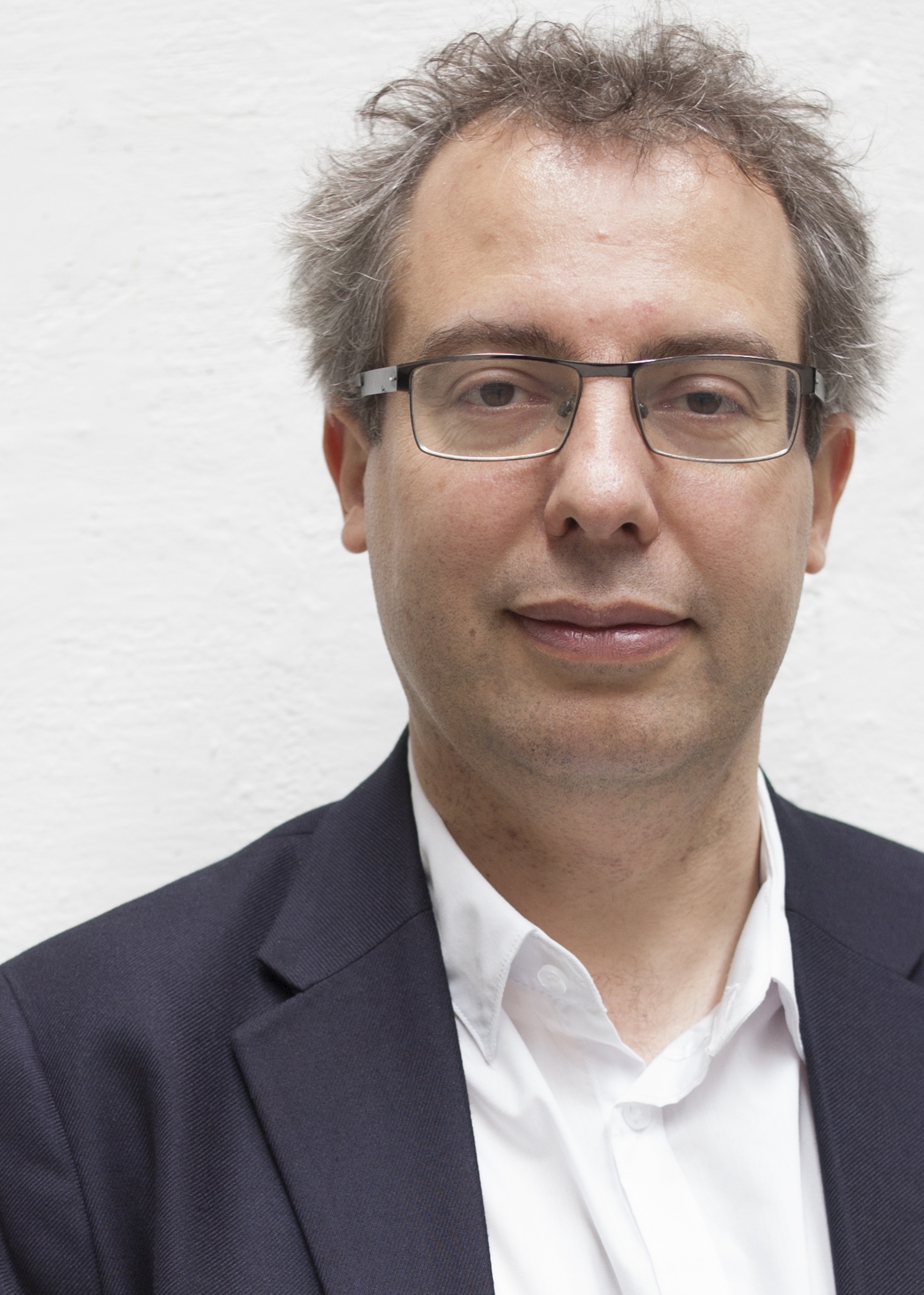